Launching required team tactics, as one by one we were given a big shove down the pebbly beach, aiming to hit the water inbetween the dumpers. I got the timing a bit wrong and started the day with a facefull of seawater. The first part of the journey was into a headwind with smaller swell than yesterday, but still a bit of effort required. Rocks were again spectacular. 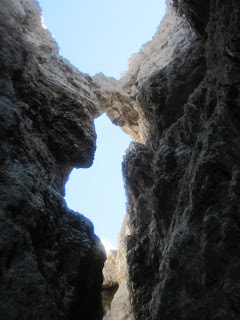 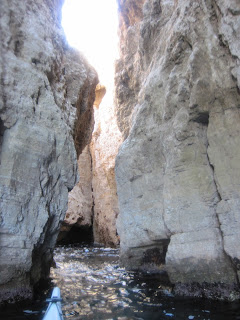 Once round a sharp headland, we were now heading SE and for the first time, sheltered from the NW wind. Round the corner a cave was enticing and big enough for the whole group. 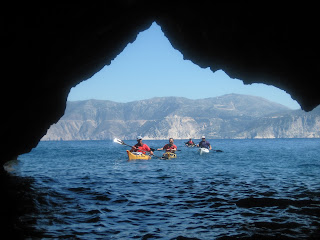 Another beach campsite, and Doug looks rather smug as he demonstrates his new gadget. He challenged the team pyromaniac to a fire starting contest. The gadget turned out to be a blow torch so there was no contest. 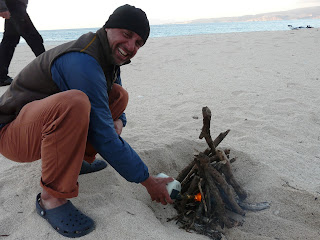 We spent the rest of the evening round the fire 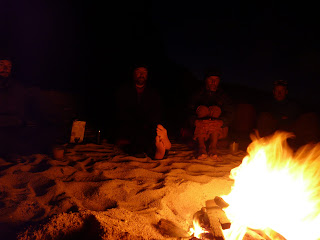