Beautiful high pressure weather saw a huge flotilla of NWSKers descending on Conwy to launch beside the marina into the rapidly ebbing mouth of the River Conwy. The plan was to have lunch on Puffin Island and return via Great Ormes Head. 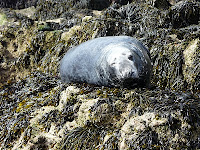 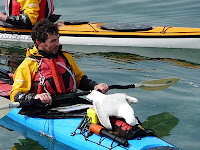 Kev managed to catch his dinner, ready for barbecueing later.

After lunch of jam and cream scones at Penmon Cafe, six of the party decided that a direct return to Conwy was in order, the remaining six set off at a brisk pace for Great ormes Head where a little speleology was in order.

This is the track we paddled, a total of 36km.
Posted by Kate Duffus at 19:10 No comments: 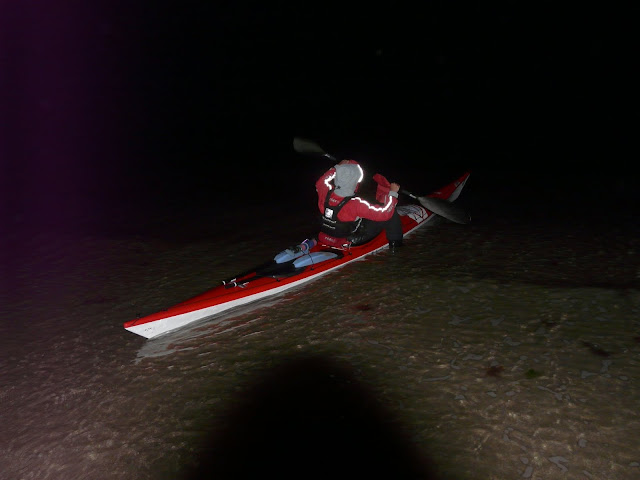 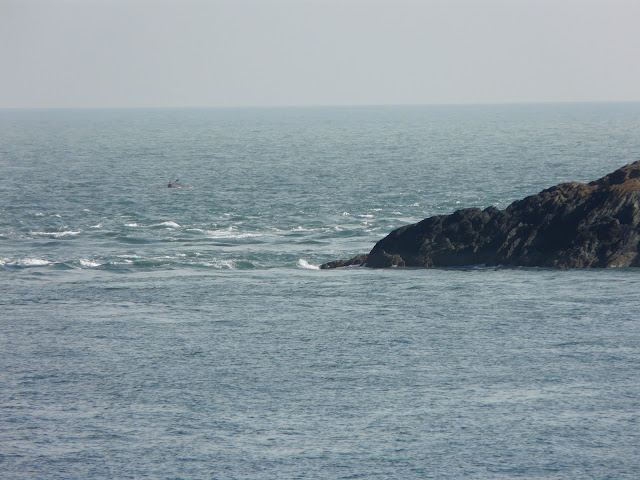 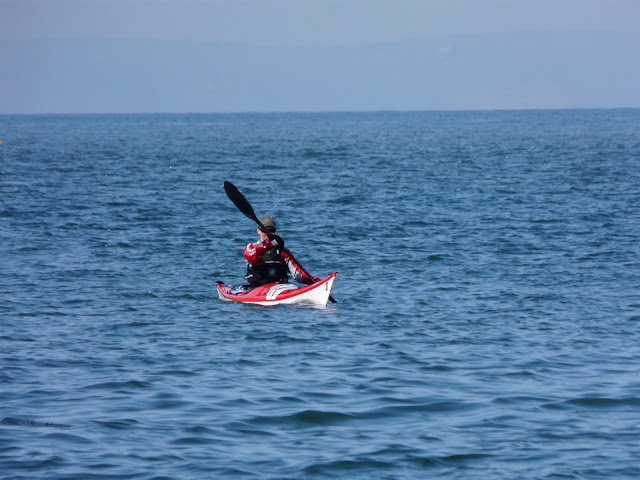 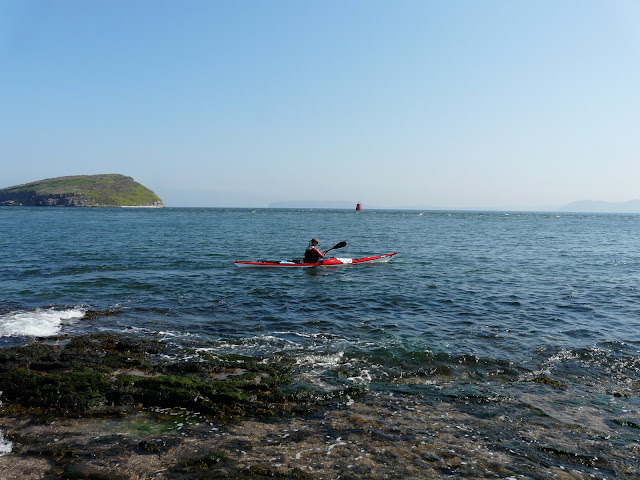 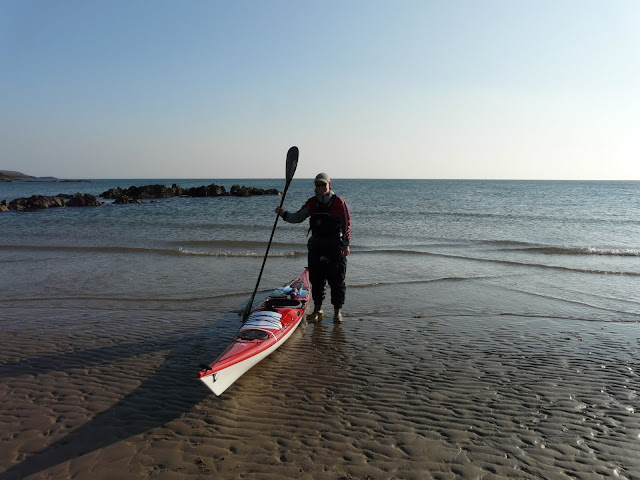 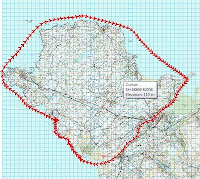