Back to the salty stuff

After a few weeks of river paddling, open boating and caving it was time to return to the brine. The North West Sea Kayakers end of season meet was just the opportunity. What is a paddling season anyway? Surely it's an all year round thing. The sea doesn't dry up like the rivers do, so why stop paddling?
Saturday was a short bimbly pub paddle, starting and finishing at Moelfre (east coast of Anglesey) with a break for refreshment at Red Wharf Bay. The forecast was for strong SW wind so the choice of east coast gave us plenty of shelter. I paddled with Ray, Jason and Jimski. Not a lot to say about it just a few pictures.
Jim shows off the new light sabre on the fromt of his buoyancy aid 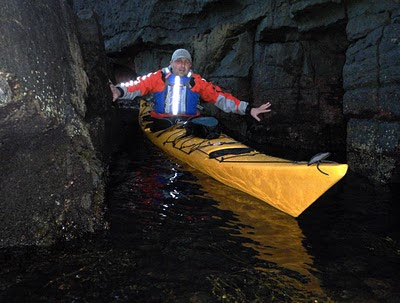 I try to photograph a cormorant hanging its wings out to dry. 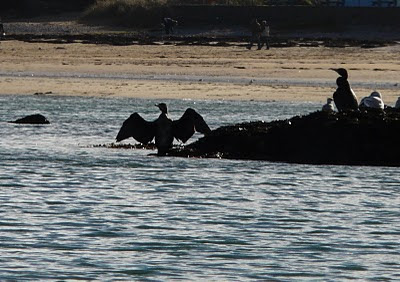 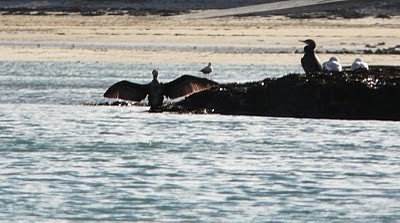 Sunday had a better forecast so we headed off for Penmon and a trip to see the seals on Puffin Island. Here's what we saw.

Seals on the beach 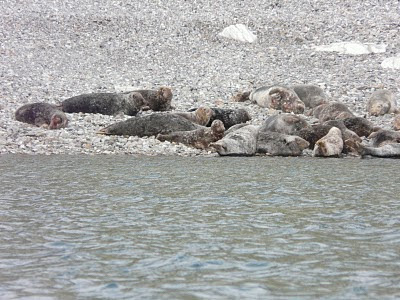 Seals on the rocks 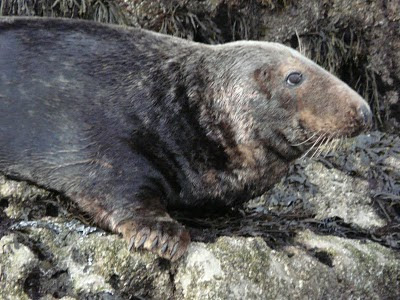 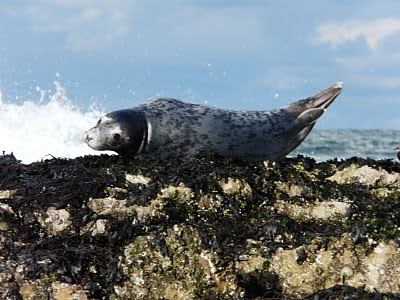 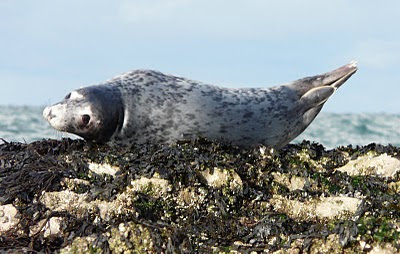 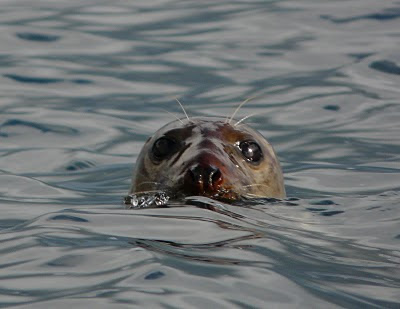 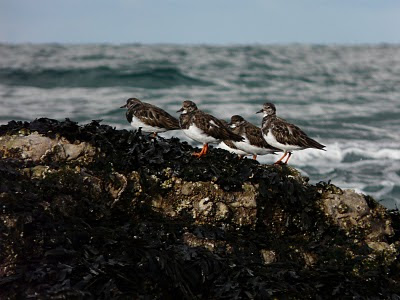 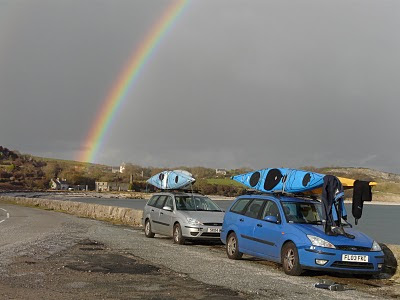