With a week off work and the promise at the end of it of a good weekend paddling with the folks of the North West Sea Kayakers there was nothing else to do but load up my trusty custard coloured paddle wagon and head for the island where the tide races rule. As usual I had no plans, but as I drove past Conwy and looked across at Puffin Island an idea was forming. This was to be a week of gentle paddling in glorious sunny conditions.

Puffin Island trips are always good for wildlife photos and this one was no exception. I had a new camera to try out and the conditions were calm enough to use it while on the water. 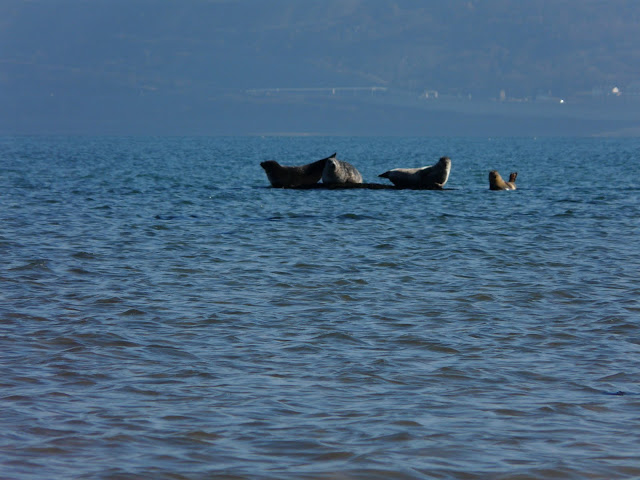 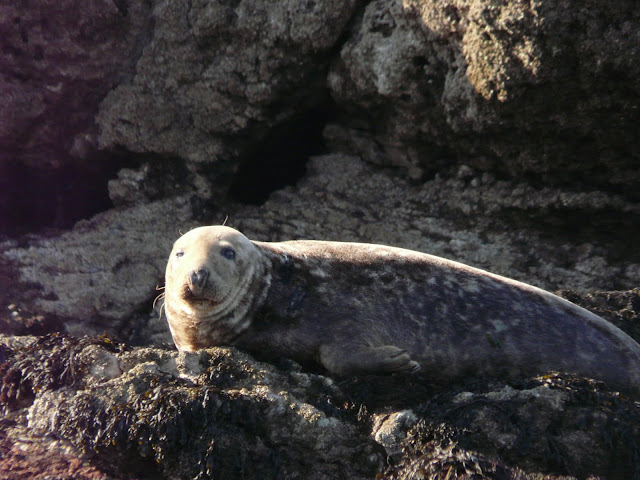 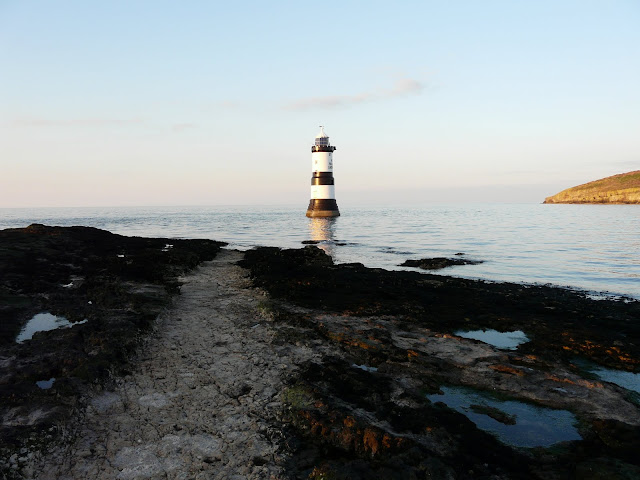 After a comfortable night in the paddle wagon, I awoke to a sea view and thoughts of a gentle paddle along the north coast. I put in at Portheilian and made my way past Amlwch and Bull Bay to the old brick factory at Porthwen. On the return journey I hugged the shore and had a great time rockhopping around Bull Bay, where normally strong eddies keep me offshore. The tempting narrow gaps between rocks were asking to be played with. 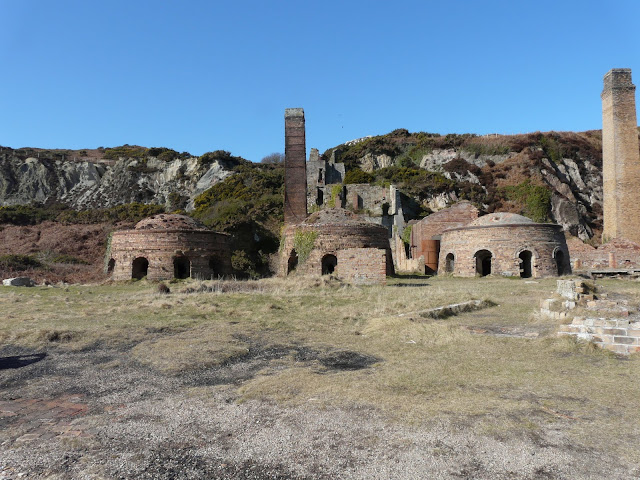 This is probably my favorite wild camping spot on Anglesey. Why, why do people have to spoil it with huge fire circles? Whats wrong with building a fire on top of an already scorched bit of earth? 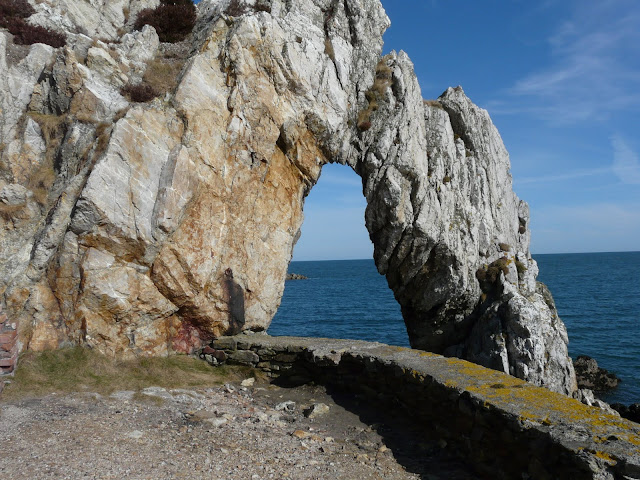 A much photographed arch, usually with a yacht through the gap.

I drove over to Porth Dafarch, intending to use the back of the beach as a quiet spot for the night when paddlers I knew turned up for a bit of after work sport at Penrhyn Mawr. Quick as a flash, I was back in my kit and out on the water for the second trip of the day. A play in the last of the flood at Penrhyn, a sprint to South Stack and then a rock-hop in the dark to return.

Next day I opted for a gentle bimble from Porth Dafarch to Rhoscolyn and back, rockhopping all the way. This 'lightweight' paddle was in preparation for an evening paddle to the Skerries. Three of us set out from Holyhead Harbour as the daylight was starting to fade. It was mid flood on a neap tide. Initially we just set off aiming a little to the left of the Skerries, later when it became obvious that we were in danger of missing our target, we changed direction and aimed more towards the west cardinal mark of Langdon Ridge. The GPS track showed that we made a remarkably straight course. On approaching the Skerries the tide quickened appreciably and there was a sizable tide race directly between us and the relative calm of the lagoon, our intended landing spot. What fun! Had our tea sitting in the shelter of the lighthouse escaping the biting north easterly wind before setting off on the return journey in darkness.

It was somewhat eerie paddling in the dark, with the remnants of the flood tide pushing us inshore and the light from the Skerries lighthouse reaching out in a double sweep every ten seconds from somewhere behind us. The lights of Holyhead and the navigational marks in the harbour gave us a big target to aim for and it wasn't long before we were inside the breakwater sprinting the last bit. A fantastic experience paddling at night, and one I hope to repeat soon.

GPS track of our route out and back

Next day, conditions were a bit 'chunky' as Barry and I set off from Porth Dafarch towards South Stack. The wind was north westerly and tide was ebbing. At South Stack we had a tentative look at the state of water in the gully and made a quick about turn to go round the island. As we stuck our bows out of the relative shelter I can only describe the sea as 'exploding mountains'. It didn't take many minutes to decide that this was not going to be an enjoyable paddle so we changed plans and went rockhopping round the shore back towards Penrhyn Mawr. 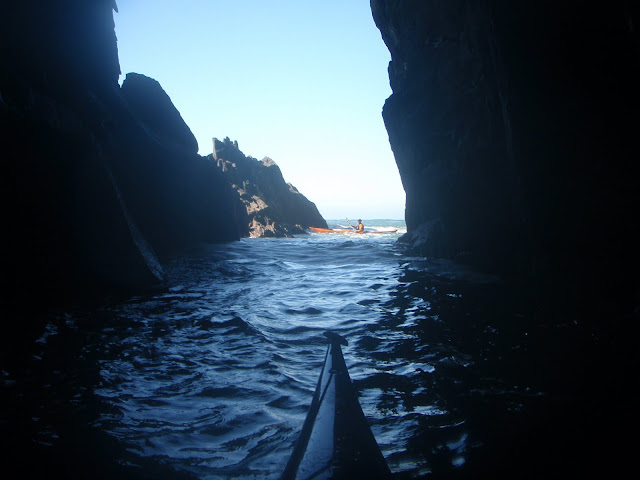 Caves just have to be explored 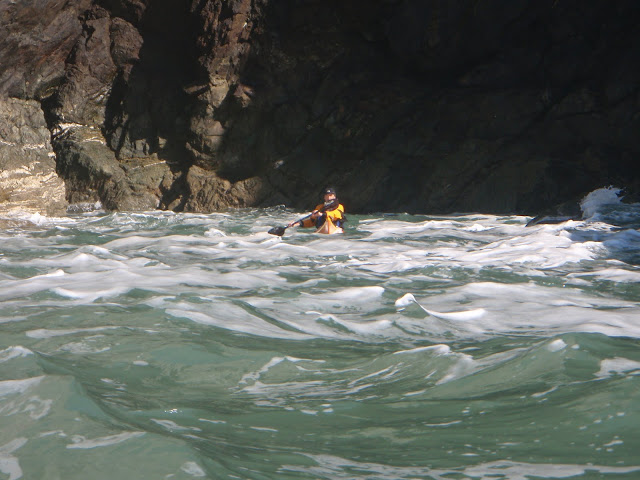 It was all a bit frothy

Finally after a long lunch break to let the flood get started, we went for the obligatory play at Penrhyn Mawr 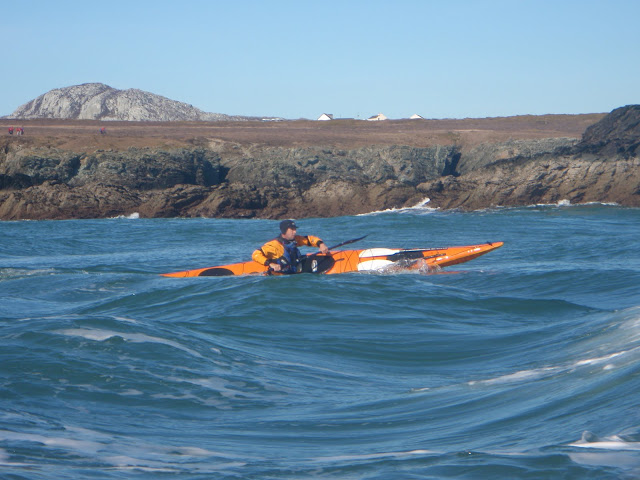 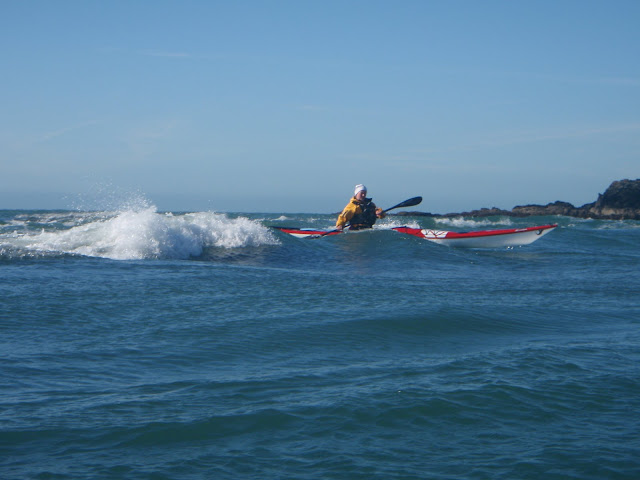