Seaquest is a sort of cross between sea kayak racing and orienteering. This years event at Ravenglass was delayed 24hrs due to strong winds and took place in perfect conditions today. At eleven o'clock all competitors lined up besides their choice of craft ready for the off. It was certainly a broad range of boats that made their way round the three estuaries of the rivers Irt, Mite and Esk. Most were in sea kayaks, some in canoes, double kayaks, river kayaks and a single surf ski. There was also a fair contingent of Epic and Taran racing sea kayaks. The idea of the event is to navigate round as many checkpoints as possible within a three hour time limit, with points for checkpoints visited and points deducted being late back.

This years course was perhaps shorter than last time I entered, and I managed all checkpoints with about 15 minutes to spare. The distance I covered was about 21km. I was assisted somewhat by having John Bunyan just in front of me all the way round, both as a target to chase and to help find the checkpoints.

I came first in the womens sea kayak class and was also pleased to see that I was the first person to finish in a touring boat as opposed to a race boat. I think I would have been third in the mens' race too!

This was a fantastic event and thanks must go to Annette and Phil for organising it once again.

Pre-race 'which way are you going' discussion 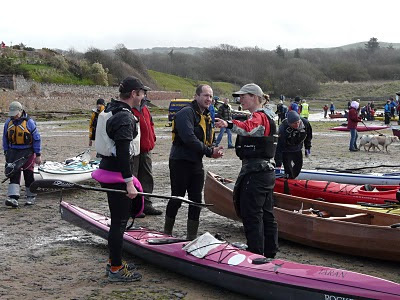 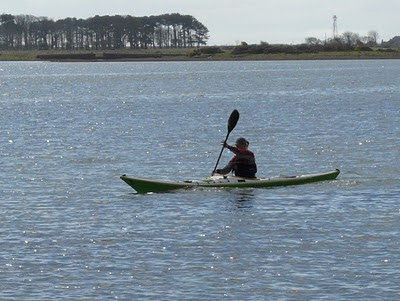 Making a run for the finish 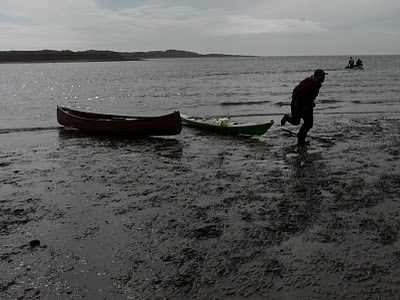