29th May was an uninspiring grey day. The sea was grey, the sky was grey, even the wind couldn't be bothered to blow. I set off from a small beach just north of Oban with the plan to paddle round Lismore Island. 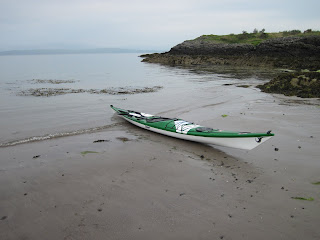 I reached Pladda after a flat 5km. By now I was warming up and cruising along at a respectable 8km/hr. 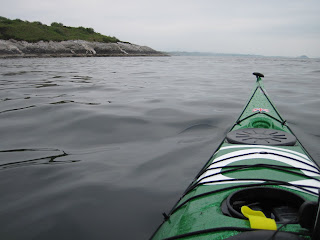 Approaching the north end of the island and still hardly a breath of wind. Perfect paddling conditions. 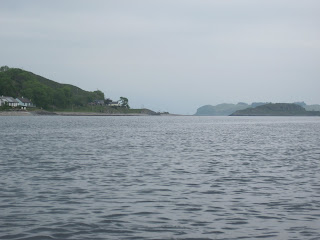 The small passenger ferry crosses from here to Port Appin on the mainland. 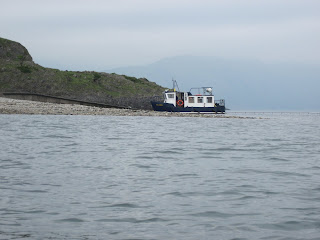 This little bay looks a lot more peacefull in the picture than reality. It's full of fish farm activity but perhaps the old of limekilns are a relic of a more industrial past. I stopped here for a well earned lunch break before pressing on down the east side of the island into an increasing headwind. 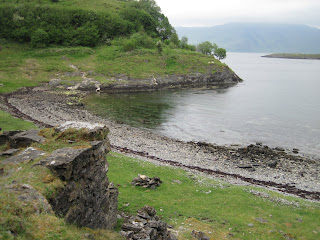 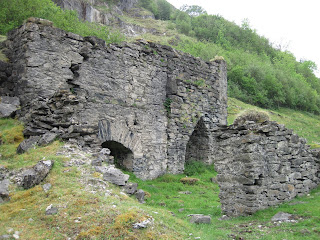 Castle Coeffin, just a ruin now but I can't help wondering why the area has so many castles. Dunollie castle is close to where I set out, Tirefour castle is on the east side of Lismore and Achadun castle is further south on the west coast. 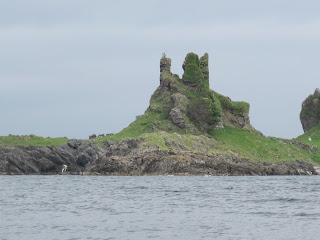 A small cave was just too inviting to paddle straight past. This one was complete with spectacular stalactites. 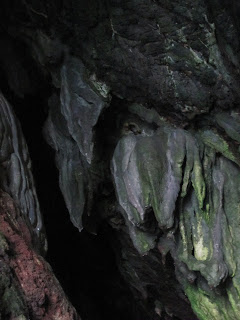 Finally rounding Rubha Fiart at the southern most point of Lismore there was a welcome tide race.
All that remained was to cover the last 8km back to Camus Ban where I started. 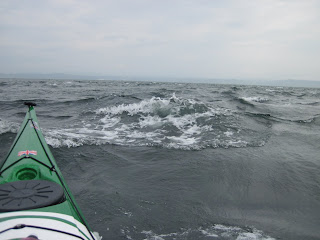 This wasn't the most inspiring coastline I have paddled along but it is aways satisfying to paddle around something and complete the circle. Total of 43 km padddled. 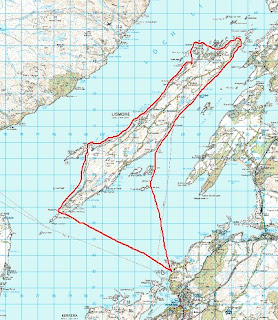