The Menai Challenge is a time trial set up by John Willacy, with details on his performance sea kayak website. It's a 20km course in the Menai Straights, with an extra lap of the Swellies for added fun. It is as much a tidal planning exercise as a sprint.

Being the competitive person that I am, I just had to give it a go. Friday was a fairly small tide, but I haven't yet worked out how much advantage a big tide is (if any) due to the upstream section in the Swellies. As I was alone, I decided to do it twice in one day to avoid having to find a way back to my car.
At a precicely calculated time (that I'm not going to reveal in order to aid my competitors) I set off from a small slipway opposite Caernarfon, heading for Gallows point at the northern end of the straights. As I reached Menai bridge, I realised my calculations were a bit out as I ran out of water at the turn under the bridge. With a bit of a scrape and hands on rocks I managed to pull my boat through a narrow gap and continue, now against the flow back to Britannia Bridge. Having not really studied the tidal flow in the swellies I made a number of errors in route finding and ended up paddling further against the current that really necessary. It was relief to get to the bridge, turn and paddle downstream again. By Gallows point I was absolutely shattered and had to wait several minutes before I could get out of my boat. The time was 1hr 55 minutes. Not fast enough, but plenty of room for improvement.
I then had to wait several hours in the sun for the tide to turn so that I could make the return journey. I sat and watched as the yachts on moorings swang round indicating arrival of the water from Puffin Island. I felt well rested and was watching the GPS closely for an early indication of speed. As I realised that a fast time was possible, it gave me a real boost to try harder and I finally clocked a time of 1hr 48mins, just inside the fastest time so far.
I'm sure others will soon post faster times but for now I'm quite pleased with my efforts. 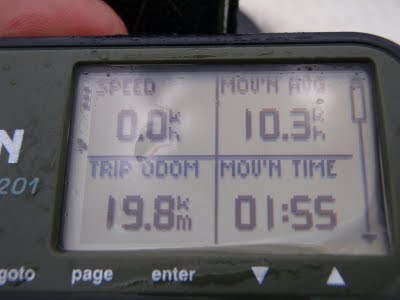 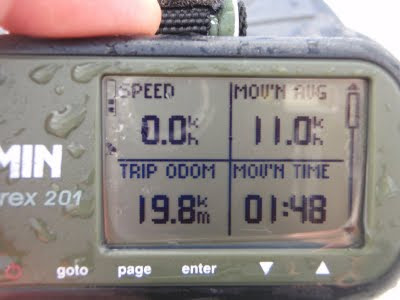 North to South
Posted by Kate Duffus at 20:19