With the plan to be on Orkney for the 'Paddle orkney' symposium I though it would be a good idea to travel a week early and explore the area. I Caught the early morning ferry from Scrabster which passed close under the Old Man of Hoy. The flat sea and imposing cliffs were inspiring me to get out on the water. The ferry reached Hoy sound just at the peak of its flow and did a neat break out into the bay at Stromness.
I set out for a short warm up paddle, round Graemsay from Stromness just after HW slack. Hoy sound was already running fast with breaking waves at its seaward end. There was a roaring noise just to remind me not to get complacent. Round the back of the island, Burra sound was running at full pelt and the seals were just waiting for dinner to be brought to them on the tide. I managed to pick my way from eddy to eddy against the flow, reaching the eastern end of the island from where a giant ferry glide got me back to Stromness. Conditions were flat calm, and Hoy sound was running at about 8 knots. A perfect introduction to Orkney kayaking.
13km paddled. 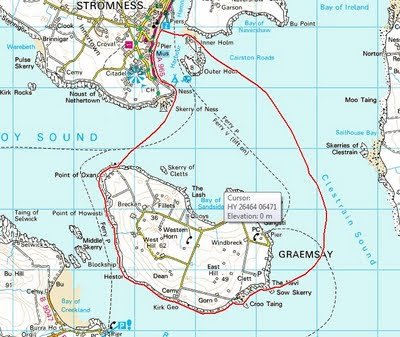 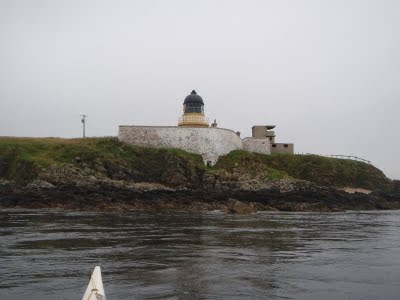 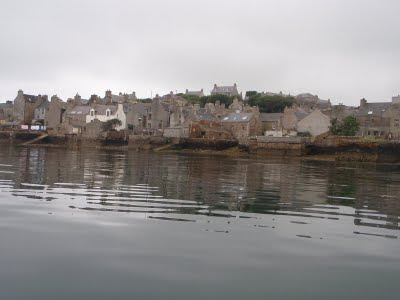