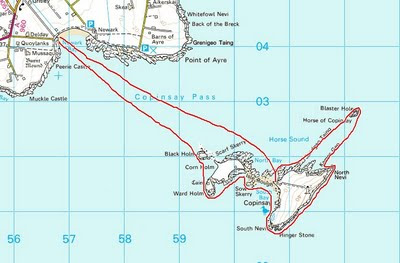 Another fantastic day out, and another island. This time Mary, Lesley and I paddled to Copinsay for a bit of exploring.
We wandered up[ the hill to the lighthouse... 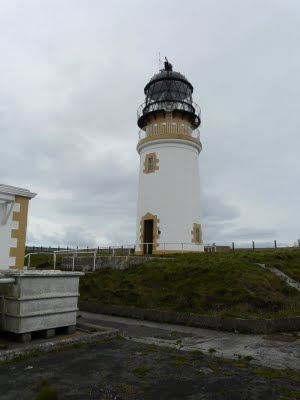 And then looked over the cliff top and found this little chappie. I think it is a fulmar chick. It didn't appreciate having its photo taken and made vallant attempts to regurgitate yukky stuff at us, like the adult birds do, but hadn't quite mastered the tecnique. We were spared the smelliness that is fulmar oil. 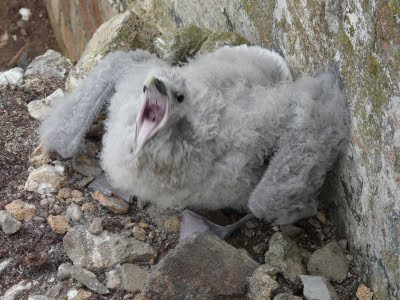 A little further along the cliff top I found a spot that was obviously a favorite for a bird of prey. There were numerous regurgitated pellets, many of which still had the legs of the poor unfortunate bird that had been the meal attached. I've included the radio in the picture to give an idea of size. I'm not sure what bird can eat things this big, but I'm wondering if it is a sea eagle. 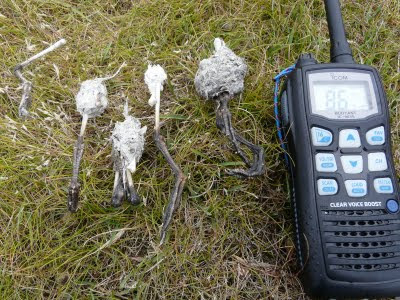 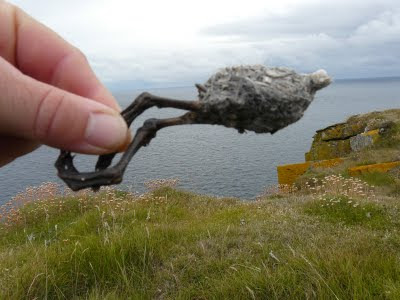 Paddling away from Copinsay we found hundreds of grey seals basking on the exposed rocks. Unfortunately one had got its head stuck in a loop of old fishing netting and was slowly garotting itself to death. It was clearly not happy as it didn't jump in the sea as we approached, so Mary and I landed to see if there was anything we could do. It didn't work, we got to within 5 metres of it before it shuffled off the rock and swam away. I hate to think of it dying a slow death but it was obviously not sick enough to let us help it.

The wind had increased a little as we paddled back to Newark slip and was now opposing the tide, creating some fun little white topped waves to surf.