Having suffered the frustration of traffic queues on the A55 knowing that Jimski and the others were already on the beach, it was a relief to unload, kit up and get afloat. This is the launch, into calm sea on a lovely evening with the prospect of a good sunset. It was also the first outing for my new GoPro camera. 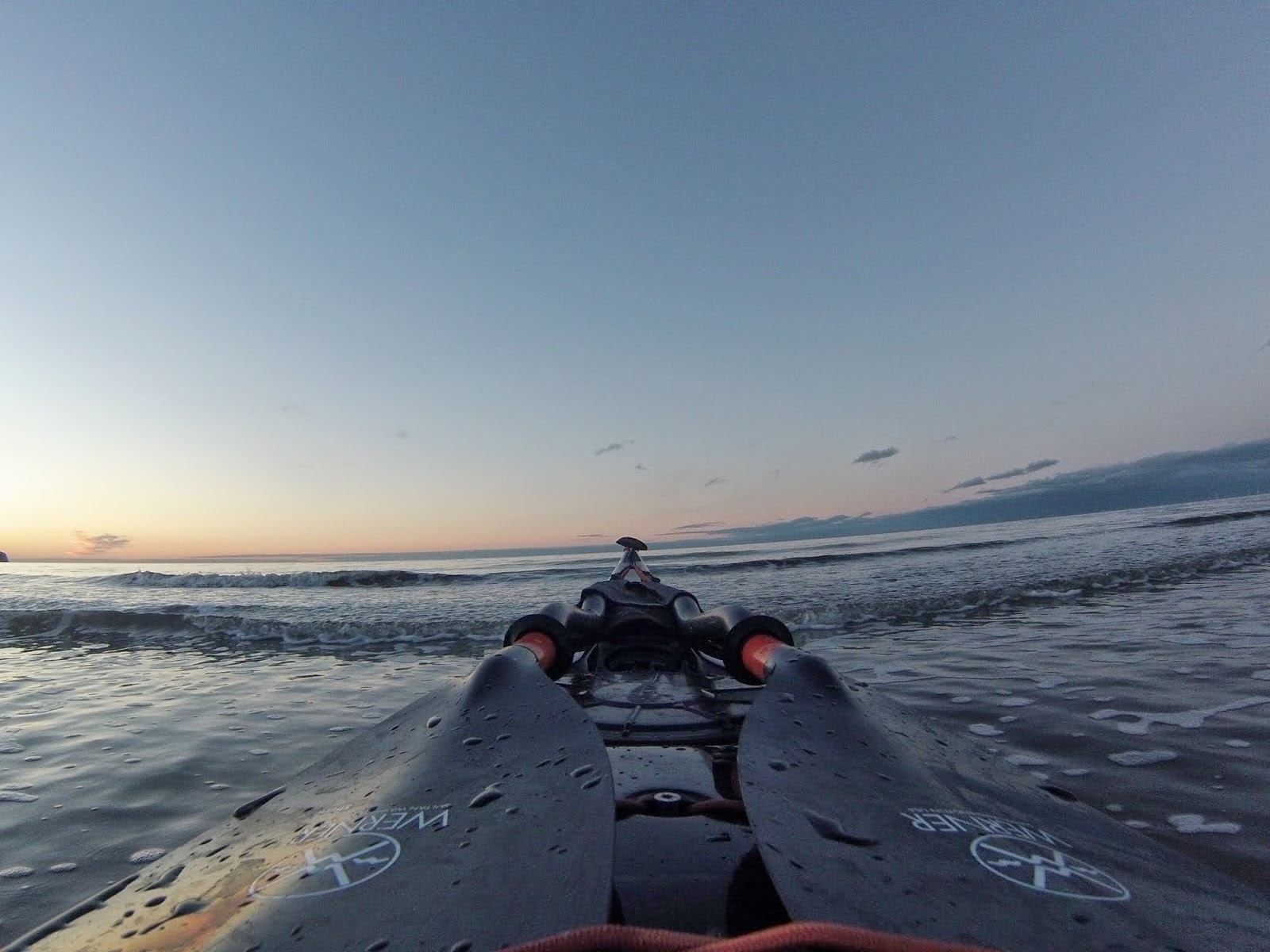 As the camera lens gathered droplets of water we made easy progress towards the imposing cliffs of the Orme. 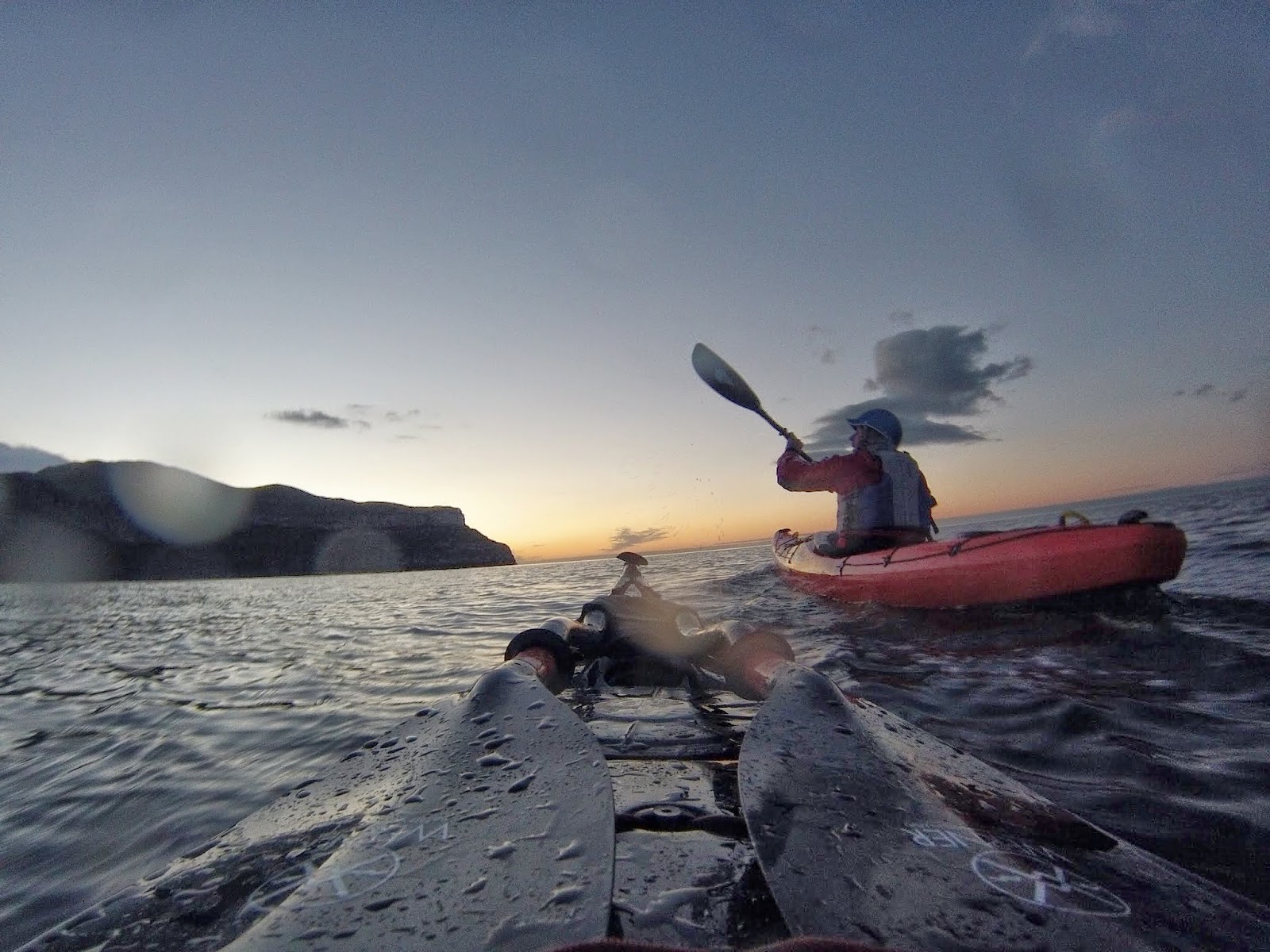 Cruising along under the cliffs the sea took on a glassy surface as the sun sank lower and daylight faded. 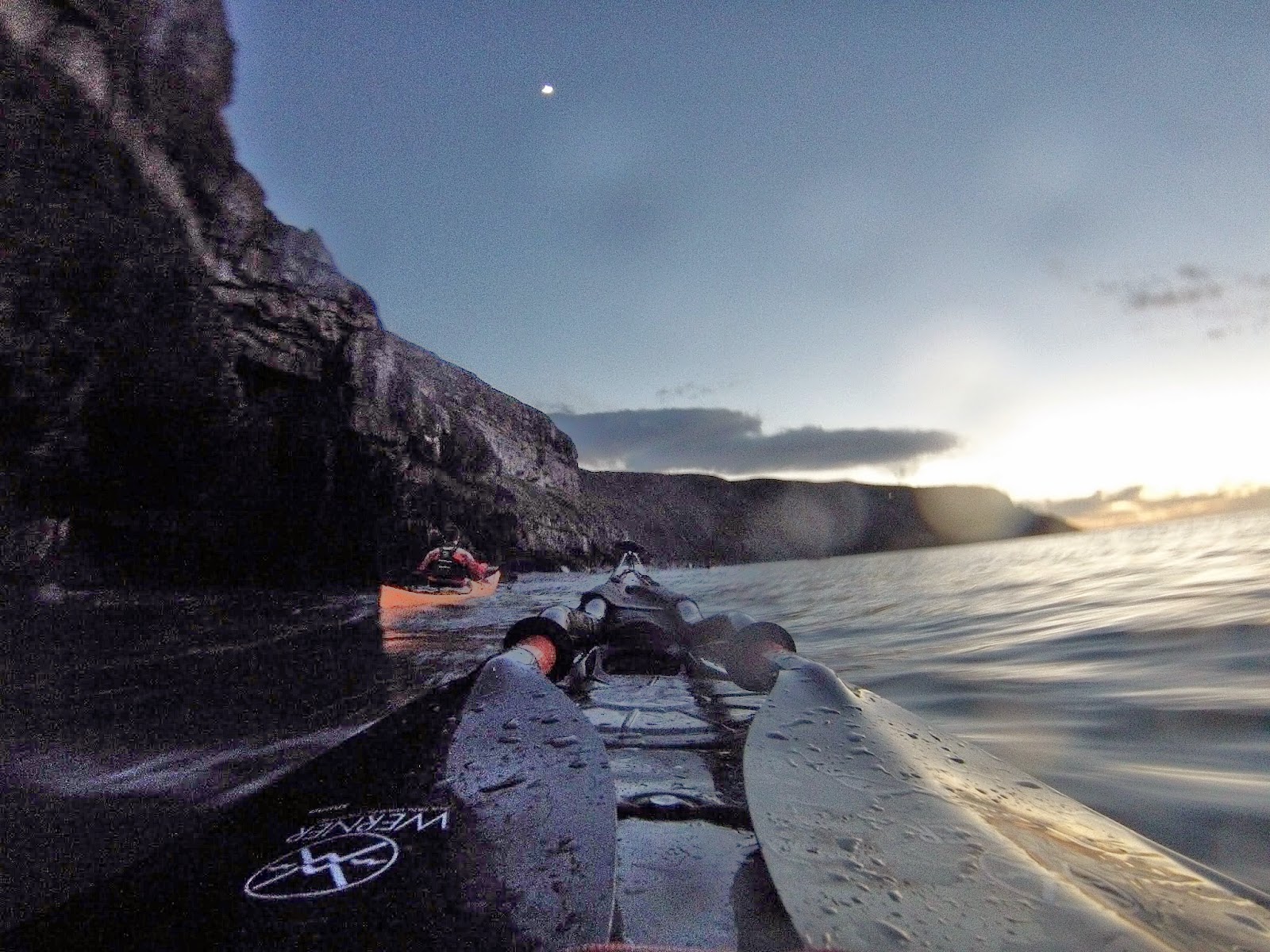 Darker still and the moon makes an appearance. 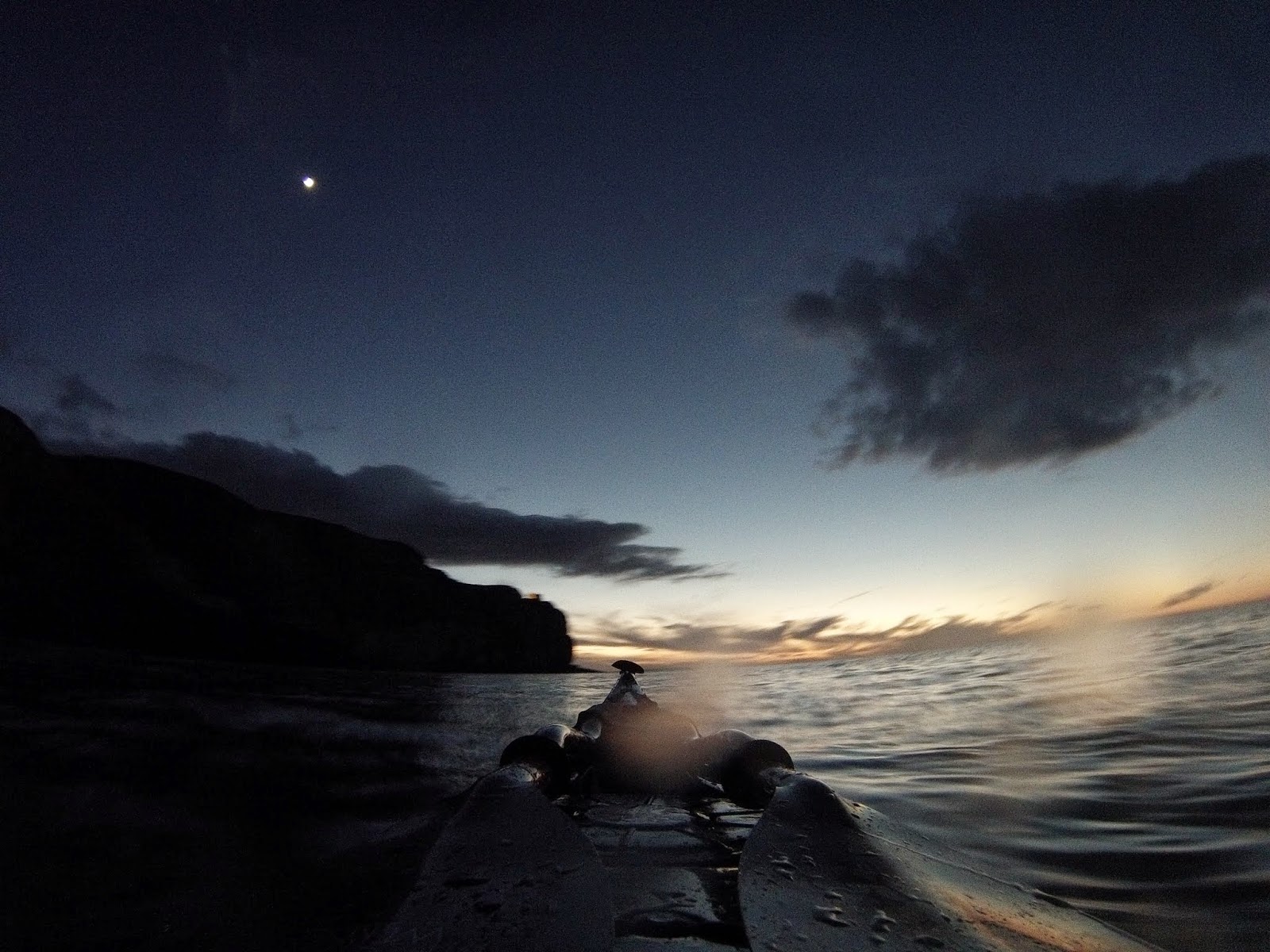 We paddled just 9km, starting from the prom in Llandudno, paddling directly out to the cliffs of the Orme to a point just short of the tip of the peninsula. The return journey was much closer inshore with the bright lights of Llandudno reflecting in the water. It is lovely to paddle at night and this trip, though short was a lot of fun and a good way to start the weekend.